August 26, 2016 marks the 96th anniversary of the formal adoption of the 19th Amendment which gave women in the United States the right to vote. Legislation was introduced in Congress in 1971 to designate August 26 as Women’s Equality Day and every U.S. president since 1972 has published a proclamation in honor of the day.

National Aviation Day is observed in the United States on August 19 each year to celebrate the history and development of the aviation. It coincides with the birthday of Orville Wright who, together with his brother Wilbur, made significant contributions to powered flight.
Hurray for Amelia Earhart   (photo abt 1932)

I have and have not been stitching lately.  Most of the stitching has occurred away from home.  Stitching at home has been only during nap time for the past three weeks but that doesn't promise it's a time to stitch.

This is why stitching has been slow.  (the hand belongs to my oldest daughter) 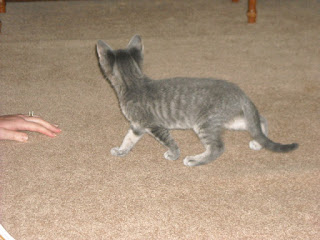 This is Hunter nearly 3 weeks ago on his first day in his new home.  All 2 pounds and 9 ounces of him.  Where he gets his energy I will never know.  It is boundless.  And he wants attention and toys.  He still thinks my feet are his toys to nibble on.

This is Max (the larger cat) and Hunter during the first week.  This was a stand-off going on. 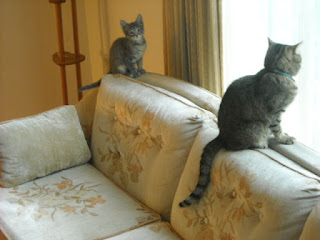 This is the two of them yesterday.  Just napping away.  There is relative peace between them currently.  I think that Hunter has a few more rules to learn before Max accepts him totally. 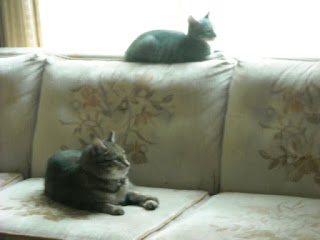 Max has always let me stitch.  He would sit on the other end of the couch (when the older cat) would allow and just stay nearby.  Hunter on the other hand wants to chase the "string" and when he's ready to sleep thinks it needs to be on my neck or chest.  Not east to stitch with a cat on your chest bur I am trying to learn.

Meanwhile some updates on the stitching (not much). 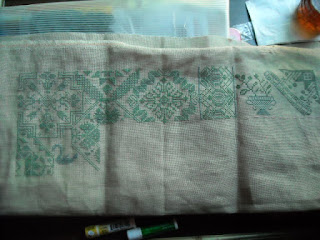 This photo was taken at TUSAL time but never got posted.
There are a lot more threads already. 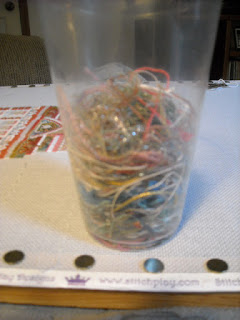 Last but not least
Song of Solomon
almost there.
Please note, it is no longer on the stretcher bars.  Which means I just have the borders to do and to decide about the date or initials.  The end is in sight. 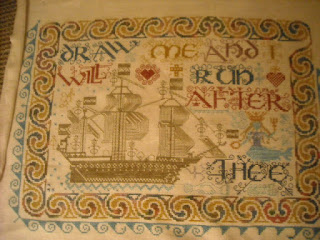 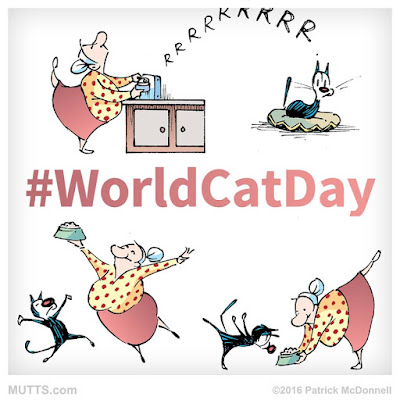