PS Santa is done.   I have to admit that I don't like him as much as when I started.  Mouth looks strange, as well as out of proportion and the blue looks strange. But he's done.  I'll think about making a second one for me.  Definitely different fabric and different count.  40 ct is not for my eyes right now. National Dog Day has two goals: to honor dogs, and to rescue dogs from homelessness and abuse. It's an opportunity for us to recognize and appreciate the value and importance of dogs in our lives.
This day is intended to honor dogs for all that they do for us. In addition to giving love and companionship, dogs help us out in countless ways. They are watchdogs for our safety. They lead the blind. Dogs aid in search and rescue, and they seek out bombs and drugs.

August is always an extra busy month for our family - several wedding anniversaries, even more birthdays!  But at long last I have started my Santa. 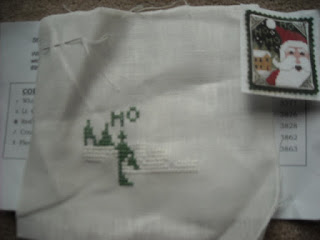 This lovely Santa is covering a lot of ground.  He is my Santa for the Christmas ornament blog, an entry for the Prairie Schooler blog, and he will be a gift (Gifted Gorgeous or something like that) plus he is going on my regular blog as a current work.

Obviously I haven't gotten that far but then again, he isn't huge either - after all he will be an ornament!
Posted by jhm at 7:00 AM 2 comments:

National Aviation Day is in honor of the birthday of aviator Orville Wright.
The Wright brothers, Orville and Wilbur, were pioneer aviators in the United States.  Orville was the first person to successfully fly an airplane. His first flight was December 17, 1903 at Kitty Hawk, North Carolina. This inaugural flight was soon to change the skies forever.
It's heavier than air, and it flies! National Aviation Day honors the accomplishments of Orville and Wilbur Wright. It is sometimes called Wright Brother's Day. To a lesser degree, National Aviation Day sometimes honors other early aviation and space pioneers. This day was selected, as it is Orville Wrights's birthday. (August 19, 1871)

This special day was created by a presidential proclamation by U.S. President Franklin D. Roosevelt in 1939.

For hubby who loves to fly!

For those not into flying, here are some other famous birthdays:

HAVERHILL – Judy (Basso) Souliotis, 72, of Haverhill passed away peacefully on August 15, 2015, surrounded by her loving family, after a short illness.

Judy was born and raised in Haverhill and attended Haverhill High School, graduating in 1961. After years at home raising her family, Judy became a skilled artist, working in Japanese silk and metal thread embroidery. She designed and created museum-quality embroideries and travelled the world teaching her craft to others. Recently, she turned to designing and fabricating beaded jewelry, whose pieces were as intricate and beautiful as her embroideries. Along with her artistic accomplishments, Judy was renowned as a gourmet cook, and any invitation to her table was always enthusiastically accepted.
Her surviving family members include her loving husband of 52 years, Dr. Theodore Souliotis; sons James and his wife Felice of Boca Raton, Mark and his wife Eileen of Acton, Scott and his long-time companion Susan Buchanan of Amesbury; siblings, Rocco Basso and wife Donna of Haverhill and Nancy Karam and husband George of Plymouth; grandchildren, Michael, Mallory, Alicia, Matthew, David, Natalie, and Benjamin; several nieces, nephews and many friends.
Services will be privately held on Tuesday from the Driscoll Funeral Home, Haverhill. Interment will follow in Linwood Cemetery. For all of Judy's relatives and friends, a Celebration of Judy's Life will be held at the Haverhill Country Club, on Tuesday, August 18, beginning at 12:30 PM.
In lieu of flowers, contributions may be made in Judy's memory to The Jimmy Fund, c/o Dana-Farber Cancer Institute, P.O. Box 849168, Boston, MA 02284-9168 or online at www.jimmyfund.org
Posted by jhm at 10:56 PM No comments:

VJ Day marks the end of WWII, and the cessation of fighting against Japan. It is called "Victory In Japan Day or "Victory Over Japan Day".
The confusion over three dates:
There is some confusion over what date is V-J Day. You can consider any (or all) of three dates as V-J Day. President Harry S. Truman caused some of this confusion........

On August 14, 1945, Japanese Emperor Hirohito cabled the U.S. to surrender, and agreed to the terms of the Potsdam Declaration.
On August 15, 1945, news of the surrender was announced to the world. World War II was finally over. Hostilities ended.
On September 2, 1945, the Japanese formally surrendered aboard the U.S. battleship USS Missouri in Tokyo Bay. President Truman declared this to be V-J Day.

The battleship USS Missouri was chosen for the formal surrender ceremony, as she was named after President Truman's home state.

Regardless of which day you view as VJ Day, World War II was finally over.

(I went with the earliest date so you can choose when to celebrate)
Posted by jhm at 7:00 AM No comments:

Book Lovers Day encourages you to find a place in the shade to relax with a good book.
Book reading is a great hobby. It's an important one, too. Employers look for it on resumes. Reading is educational, informative, and relaxing. It makes us both smarter, and happier people.

Book Lovers Day is a great day to celebrate. Just grab an interesting book, find a quiet, cozy place, and crack open the cover. Celebrating Book Lovers Day in August is pleasurable on the deck, under a shady tree, poolside, or in a cozy hammock. If you fall asleep while reading, that's okay. It's all part of the relaxing benefits of being a book lover.

I have a finish, stitching any how.  Not sure how I will frame or whatever it yet.  I opted for the fourth star, leaving out the alphabet and the border. 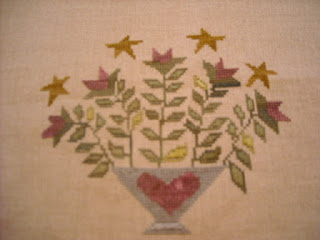 The close-up is a little fuzzy.  All the leaves were outlined in cross stitch then done is satin stitch. 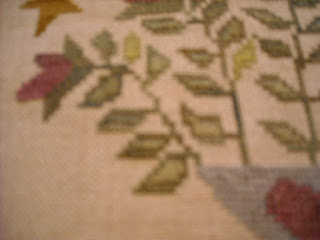 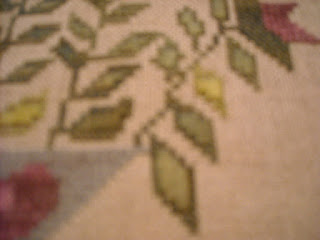 The heart has also made some progress. 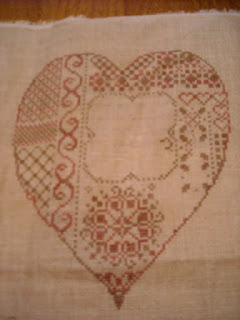 I've also brought back one that I started last October.  It got put away in June and July due to lots of other activities and a lack of time for anything large.  The end is in sight! 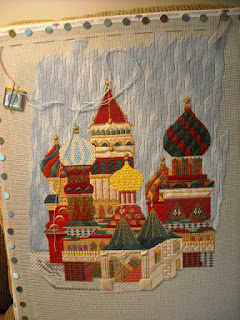 And then there is the oldie.  I stopped because a new grandchild was due any day.  That was 18 months ago.  So I thought it is time to get it "moving" again.  I have stitched on it over the last week or so but not a lot of progress.  I may just have to show completed blocks until it's done. 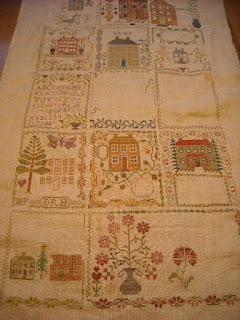 This is the only "square" fully finished. 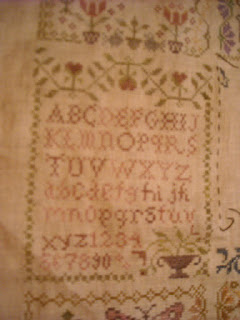 And this one is nearly complete. 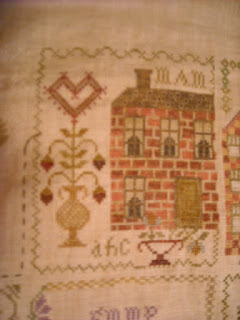 Lots more to do.  Time to go stitch.

This is late but worth being aware of and remembering.


Cousin's Day honors your Aunt and Uncle's kids. They are those great kids who are likely close to your age, and endure the countless family get togethers with you. If it wasn't for cousins, these family events would be much, much longer.
This is a great day for your cousins. Now, hold on a minute. If you have cousins, that means your cousins have cousins. And, that's you! Therefore, today is your day,too.
Celebrating should be nothing but fun. Get together with your cousins. Hang out, just chill, or do anything you want to do...... as long as its a fun time spent with your cousins.


Remember those fun times at grandpa and grandma’s house wh
en the whole family reunited and you spent countless hours playing with your cousins while the grownups discussed politics and mortgages? Many of us grew up around our cousins, spending summer and winter breaks with them and slowly walking into life together. Then came college and that amazing job opportunity out of state, and we gradually lost touch.
Because most of us found a best friend in our cousin at some point in our lives, Cousins Day was born. The origin of this unofficial holiday is unknown, but the reason for its existence is clear: it’s the time of the year to rekindle cousin affection and reestablish those beautiful and strong childhood bonds. Wherever you are on Cousins Day, take a minute or two to ring up or text your cousins near and far. They will surely be thinking of you then, too!
Posted by jhm at 10:00 AM No comments: