When : Always April 27th Babe Ruth Day honors one of Baseball's greatest players ever. On April 27, 1947, Babe Ruth attended Yankee Stadium for Babe Ruth Day. It was to be the second last time he was at the stadium. In 1946, Babe Ruth was diagnosed with Throat Cancer. Back then, there was not as much treatment as there is today. On this day in 1947, "The Bambino" returned to "The House that Ruth Built" to be honored.

This is honor of my son-in-law who is a high school math teacher and baseball coach.
Posted by jhm at 12:48 AM No comments:

It has been busy around here and going to stay that way for another week or too until deadlines are completed.  I will do what I can to get more stitching related items into the blog.

Meanwhile - did you know that today is Wm Shakespeare's birthday?  It is and it is also the anniversary of his death.  This weird coinidence was learned in English class many, many moons ago.

On the genealogical side, I have great news.  I have been accepted into the Jamestowne Society.  In other words, I suscessfully proved my ancestors lived in Jamestown before 1700.  THis same ancestor is a link to two other folks in Europe - Charlemagne and someone (I forgot who) who signed the Magna Carta.

On the grandson side - the kiddos are all doing well despite their grandparents.  I was watching the two in town last week and grandson #4 (3 months old) and I fell.  I hit my head and he hit his head just above the eyebrow.  Hi is doing ok and a few days later you would never know it.  Then this week, the other grandmother (who is the full-time care-giver) had the older one fall backwards into a bookcase and cut his head.  His first stitches (actually now it is staples).  My daughter called to tell me and see if he was the youngest in the family to get stitches.  However, his aunt (my youngest daughter) still holds the record.  All is fine though.  The two out of state seem to be doing fine and just driving their mom crazy.  Grandson #3 will turn one in a few weeks - hard to believe.

Please forgive any spelling errors - after all this is a quickie!
Posted by jhm at 10:20 AM No comments:


Date When Celebrated: Third Monday in April Some people know little or nothing about Patriot's Day. To New Englander's, it is a big, big day. In the states in New England, it's a holiday with a day off of work. Banks, schools, post offices, and businesses have the day off. Patriot's Day commemorates the Battle of Lexington and Concord on April 19, 1775. This battle began the American Revolutionary War. It also honors the "Midnight Ride of Paul Revere", that evening when Paul Revere rode through town warning the colonists that "The Red Coats are coming!" 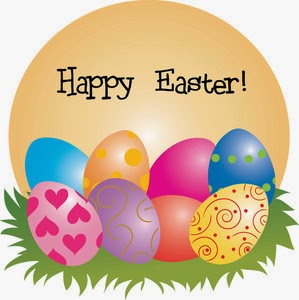 It snowed.  and is still here.

Condolences to the people of Boston one year after the bombing.  I hope you all are healing well.
Posted by jhm at 9:05 AM No comments:

It's time to review the stats.  Turtle trot is due tomorrow and before you know it, it will be Shorts reporting.  Time does seem to be flying lately.  My TUSAL is already late, still sitting in the camera. It really seems to like the camera better than my computer this year.

For now I'll do my book stats.  During March I only read 7 books, however it was a total of  3025 pages.  Three of the books were chunksters (books over 450 pages).  I suspect April will be much slower (at least I'm off to a slower start).

Things have been crazy lately.  I have finally submitted my paperwork for another genealogical society.  Now I wait and wait and wait!!!!!!!!!!!  It will be worth it if it gets approved since the same guy is a gateway to two more organizations and a few generations below him qualify for yet another group.  I really am looking forward to the genealogical conference we are going to later this month.  (this is the non-stitching side popping out).


April 4th School Librarian Day honors those who serve our young students so well in the local school libraries. The education of young minds needs to be nurtured and fed. Feeding those minds with good quality, yet challenging reading material and reference materials is what school librarians excel at. Take a minute today, to appreciate all the hard work that a school librarian does daily, and the patience the librarian displays, as he or she aids our youth. You may choose to show your appreciation to School Librarians in a variety of ways, including: The best school librarians I ever had was in college.  I learned so much from them, especially the reference librarian.  She was great!
The best my kids had was definietly elementary school.  She was a cool lady - offered sleepovers inthe libary, did wonderfully fantastic theings and got kids reading for fun.  She kept up with kids too.  She came to a school play that my son was in during high school.  She also prayed over my son when he was in Afghanistian and rejoiced with me when he came home safely.

Toobad that many schools are now cutting elementary school librarians out of their budget and replacing them with aides or volunteers.  We need our librarians to encourage reading!
Posted by jhm at 12:44 AM No comments:

Last week got very busy only to be topped by this week.  The week-end found me in Michigan for my goddaughter (and niece) baby shower.  Hard to believe she will be a mom in about 5 weeks. 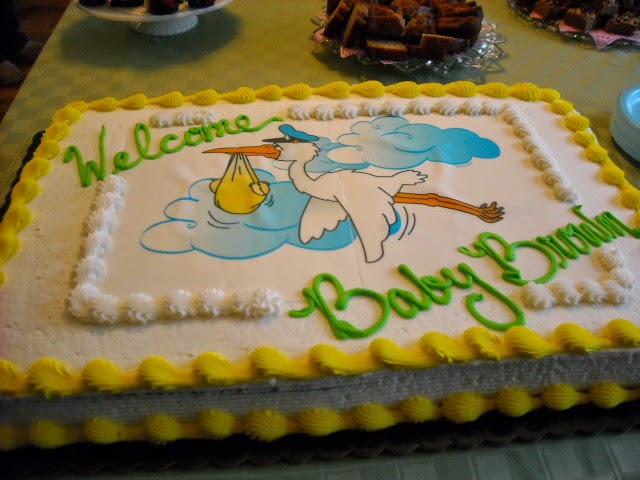 Then home to watch two of our grandchildren for a couple of days.  Thank heavens the weather was nice and we cold get outside.  I think I wore out the oldest by having him ride his tricycle  while I pushed the stroller - at least he took a decent nap even though the younger one didn't.
I have several meetings this coming week, winding up the week on Sunday afternoon will be an ANG stitch-in.  That will be fun and I will need it by the end of the week.

TUSAL is still sitting there waiting for me to take a photo.  I need to get it done soon, I know I'm late.