Day one of London - photo heavy

Today needs a title so if you want to skip photos of London and needlework.  Yes, I managed to find needlework in London without ever finding a shop selling it.

I'll start with St. Hallows Church - known to be the oldest surviving church.  They found a section of the Roman road in what is now the basement of the church.  There are sections of the basement that dated back to the early Saxons.   Part of the church was bombed during WW2 but rebuilt later.  So it is a real mix and match and yet it doesn't look it.  First photo is the back of the church.  Not sure what happen to one of the front. 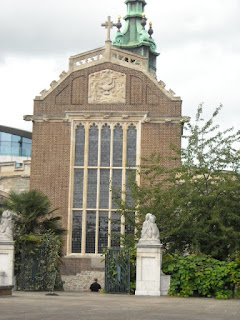 St. Hallows Church was maybe a quarter mile from the hotel.  Turn one way, you go to the tube station and turn the other direction and cross the street, a beautiful church. 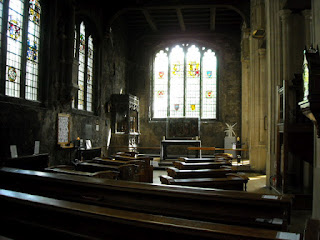 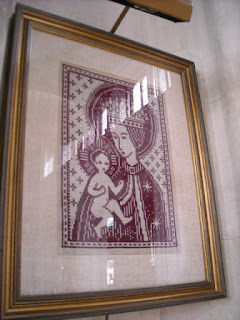 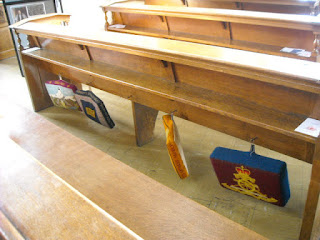 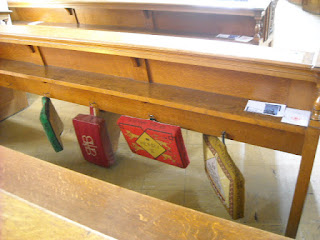 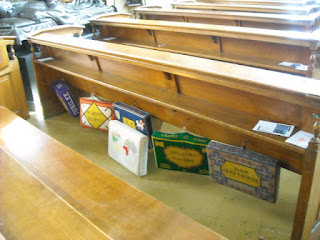 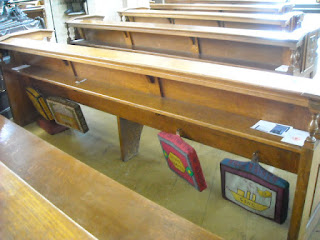 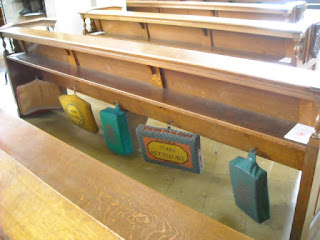 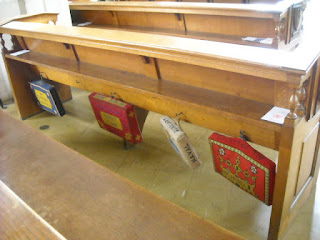 This is the only church that would let me photograph the kneelers and I still didn't get them all.  They are all hand done and were wonderful to look at.  This is an active (working) church, so you know these kneelers are being used. 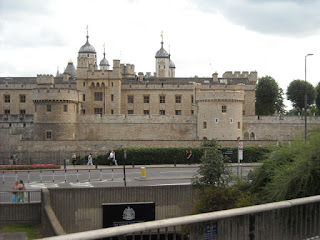 I loved our tour of the Tower(s).  Yes, there are actually 20 towers within the grounds.  I'm quite willing to go back again since I didn't get to go into everything.  Hubby was just not up for walking very much.  Here are a few photos of the area. 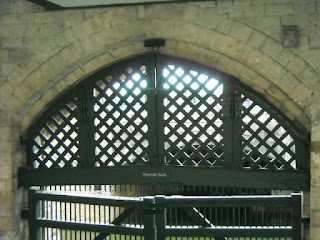 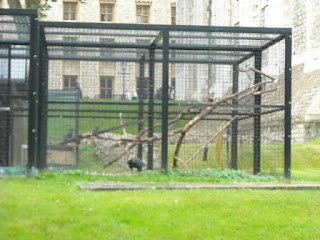 The Ravens
It's said that if the ravens ever leave, the tower will fall.  So they ensure the ravens are well cared for. 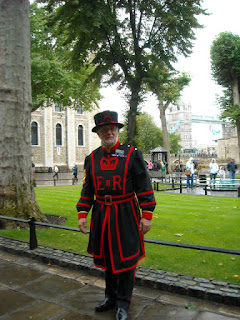 Our guide.
Beefeaters must have reached the rank of SgtMajor and served a minimum number of years (over 20) in the Royal Army before they can apply for a position.  They and their families live on the grounds. 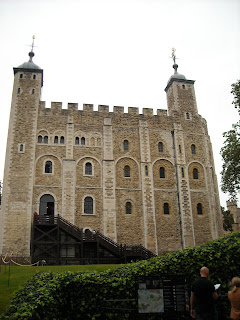 The White Tower.
The wooden stairs may be more recently built but the Kings have always had wooden stairs since King Richard had the tower built.  The idea was that the outstairs were "throw-away" in the case of an attack.  This is the oldest part of the overall Towers.
Posted by jhm at 9:46 AM