Not much new here, except a little more snow and cold temp again.  I did start a new project along with several other EGA members - a mystery sampler to be completed on either canvas or linen.  That was the first choice.  Second choice was the stitch to be used for the border.  I used both - the heavier one (Symra Cross) for the outer border and the lighter for the interior borders.

Back in December everyone had to draw three crayons.    You could put back one crayon and redraw but then you were stuck with what you had.  I ended up with three shades of green as you can see. 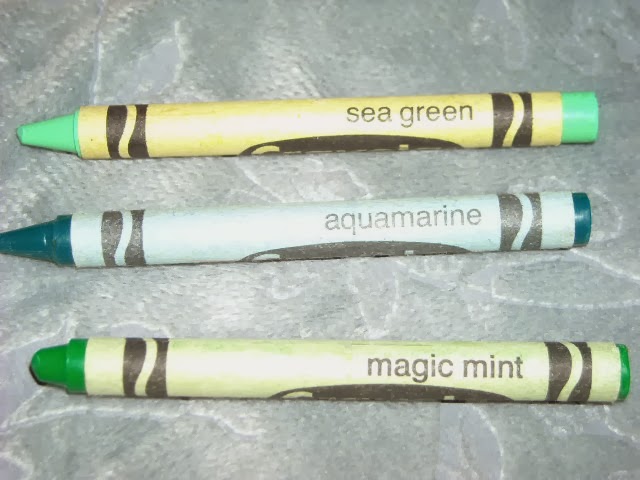 So I pulled a variety of fibers and decided this would be a shades of green sampler with very few other accents.  Your three colors have to be found in the sampler but not necessarily be the dominant colors.  I did the borders in a Needle Necessities overdyed greens, cotton floss so I used 4 strands since I am working on canvas.  I also found a Northern lights (A Needlepoint Inc Silk that is overdyed), two differenct Hand-dyed silk flosses (Vicki Clayton), some solid Soie Cristale, a Wildflowers and a Soy Fiber - all from my stash.  Depending on the interior designs, I will probably stick to these fibers but we shall see what the up coming months will bring. 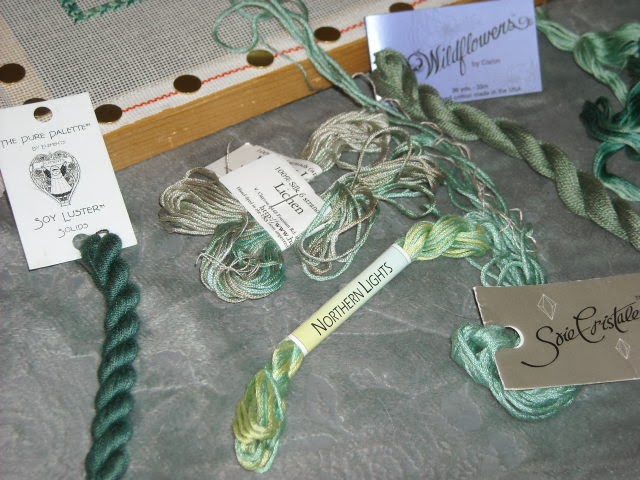 Meanwhile, My borders are complete and await the next step.  On to the next project. 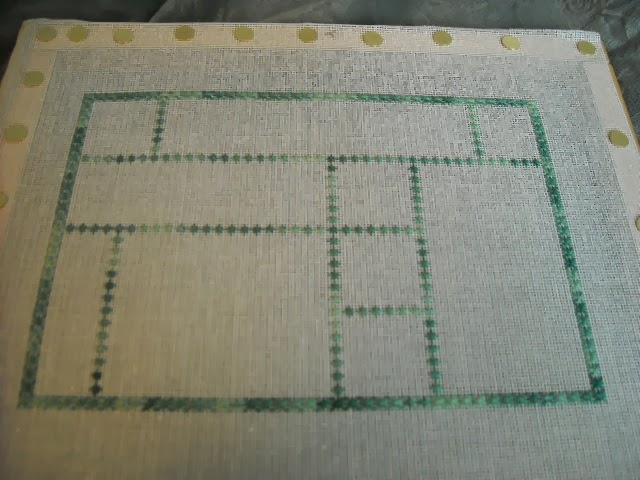