This morning I went to an unusual funeral.   The first notice came on facebook, then the tv channel and lastly an email sent by a friend.

I truly thought that the church (who volunteered their church space) would have sparse attendance.  I was so wrong and glad to be wrong in this case.  There were over a 1000 people there, many in uniform, mostly Marines. The Patriot riders were there, as well as police, sheriffs and firemen in dress uniforms. There were classes from the Catholic school nearby, many VFW and American Legion members and who knows how many other groups were represented as well.  All because this gentleman served his country. 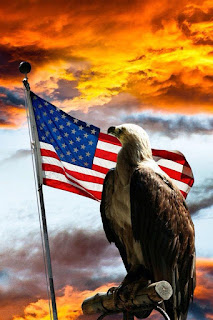 I got goosebumps while reading this!

Thanks for going to honor a soldier. So many of my husband's friends are dying, it's nice to know someone without friends was honored.